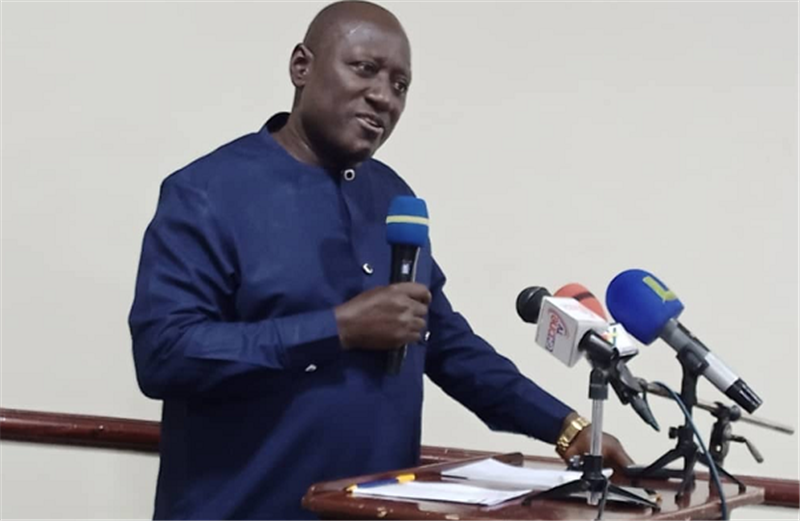 The Office of the Special Prosecutor (OSP) has directed the Commissioner of the Customs Division of the Ghana Revenue Authority (GRA) to discontinue all auction sales with immediate effect.

This follows latest investigations into suspected corruption and corruption-related offences regarding the auction sale of vehicles and other goods by the division between July 1, 2016 and August 15, 2022.

The OSP has, therefore, directed the Commissioner of the Customs Division, Colonel Kwadwo Damoah (retd), “to produce details regarding the suspected activities before September 30, 2022”, a statement signed by the Special Prosecutor, Kissi Agyebeng, and dated August 22, 2022 said.

Additionally, the statement reminded the Commissioner of the Customs Division to produce some information and documents to the OSP by the end of September.

The OSP recovered GH¢1.074 million from Labianca, owned by Eunice Jacqueline Buah Asomah-Hinneh, an elected member of the Council of State representing the Western Region.

The amount represented a shortfall in import duties the frozen foods company paid to the state.

In an investigative report by the OSP, Ms Asomah-Hinneh was accused of influence-peddling by allegedly using her position as a member of the Council of State and member of the Board of Directors of the Ghana Ports and Harbours Authority (GPHA) to get a favourable decision from the Customs Division for her company.

The investigative report, dated August 3, 2022, is titled: “Report of Investigation into Alleged Commission of Corruption and Corruption-Related Offences involving the Labianca Group of Companies and the Customs Division of the Ghana Revenue Authority.”

The OSP faulted a Deputy Commissioner of Customs in charge of Operations, Joseph Adu Kyei, for issuing what it described as unlawful customs advance ruling, which reduced the benchmark values of the frozen foods imported by Labianca Limited, thereby reducing the company's tax obligations to the state.

Directors of the GPHA,” the report, signed by Mr Agyebeng, said.

However, Ms Asomah-Hinneh has refuted any wrongdoing and said she was not aware of the report or its findings and would speak to it once she apprised herself of the facts from the management of Labianca Company Limited.

“I cannot give any comment because I have not seen any report from the Special Prosecutor. I do not even know that the report is out,” she told the Daily Graphic.

Also reacting to the report, Col Damoah accused the OSP of attempting to discredit him.

He explained that the OSP was trying to indict Mr Kyei “and myself and anyone who has read that report very well will know that the basis of that report is hollow”.

Meanwhile, the management of the GRA, in a response to the OSP report, said it had taken steps to ensure that all allegations of impropriety hanging on the neck of any of its staff were promptly and decisively investigated.

It added that all cases of tax evasion or other acts that were contrary to the laws governing the authority would be dealt with.

In a statement signed by the Commissioner-General of the GRA, Rev. Dr Ammishaddai Owusu-Amoah, and released on Sunday, August 14, 2022, the GRA dissociated itself from comments made by Col Damoah on the outcomes of the investigations at the Customs Management Retreat on Wednesday, August 10, 2022.

It said the comments were made in Col Damoah’s personal capacity, and that they did not convey the opinion of the board and the management of the GRA.

Meanwhile, the Deputy Commissioner of Customs in charge of operations, Joseph Adu-Kyei, has been reassigned from his post to the Revenue Policy Division of the Ministry of Finance on secondment.

The secondment took immediate effect on August 15, 2022, according to a letter dated August 16, 2022 and signed by the Commissioner General of the Ghana Revenue Authority (GRA), Rev Ammishaddai Owusu-Amoah, which has been sighted by the Daily Graphic.

The letter, which did not give reasons for the reassignment, however, directed Mr Adu-Kyei to submit handover notes and reports from his previous position before proceeding to his new post.

"By a copy of this letter, the Coordinating Director at the ministry is to inform you of your duties upon assumption at your new office," the letter said.

The OSP is also investigating over 75 cases of suspected corruption and corruption-related offences.

Although the OSP has not recorded any conviction or acquittal yet, two cases are pending before the criminal courts, one at the High Court, while the rest are at advanced stages of investigations.

Among the 75 is the trial of a former Chief Executive of the Public Procurement Authority (PPA), Adjenim Boateng Adjei.

He was charged with eight counts of using public office for profit and nine counts of directly and indirectly influencing the procurement process to obtain an unfair advantage in the award of a procurement contract.

His brother-in-law was also charged with one count of using public office for profit.

The two are standing trial at the Criminal Division of the High Court in Accra.

On May 24, 2022, the President’s nominee for the position of Municipal Chief Executive for Juaben in the Ashanti Region, Alexander Kwabena Sarfo-Kantanka, was charged with 26 counts of corruption in respect of a public election.

He is currently standing trial at the Criminal Division of the High Court in Kumasi.

The OSP is also conducting investigations into alleged bribery by Airbus SE, a European multinational aerospace corporation, in respect of the sale and purchase of military aircraft for the Republic of Ghana.

The OSP is engaged with INTERPOL and the central authorities of the United Kingdom and the United States under the mutual legal assistance regime.