On offer Yaw Pare's beautiful book: Remnants of a haunted past: Forts and Castles of Ghana 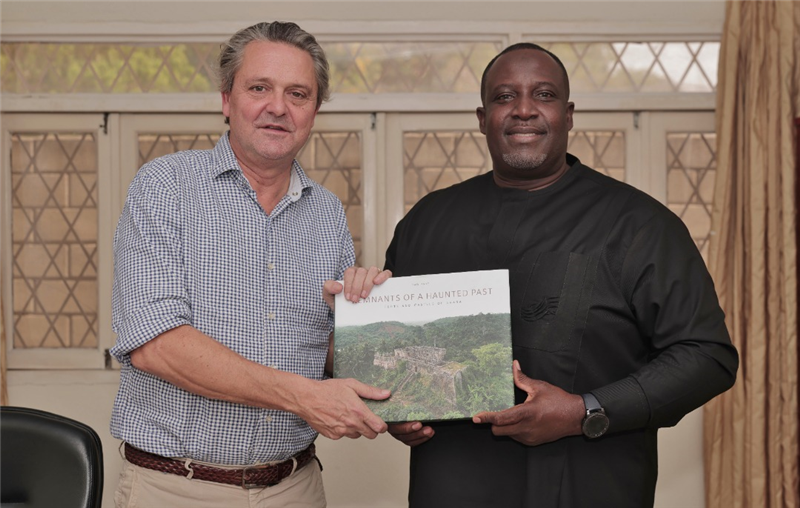 In February of this year we introduced this beautiful coffee table book in our Newsletter ; now we are happy to announce that interested Members can buy it from us: Members GHS 800 , Non-Members GHS 1000. Please contact Grace at grace@gnbcc.net to reserve your copy. We have only 10 copies in stock.

Mr Yaw Pare, a great photographer artist visited the GNBCC Office back in February where he handed over a copy of his new book: Remnants of a haunted past: Forts and Castles of Ghana to GNBCC’s GM Tjalling Wiarda (see pic). This book is the result of a project which took 2 years in which he photographed all Forts and Castles from Fort Prinzenstein in Keta in the East to Fort Appolonia in Beyin in the West. Including of course Elmina Castle.

Below the article taken from the City News Room: