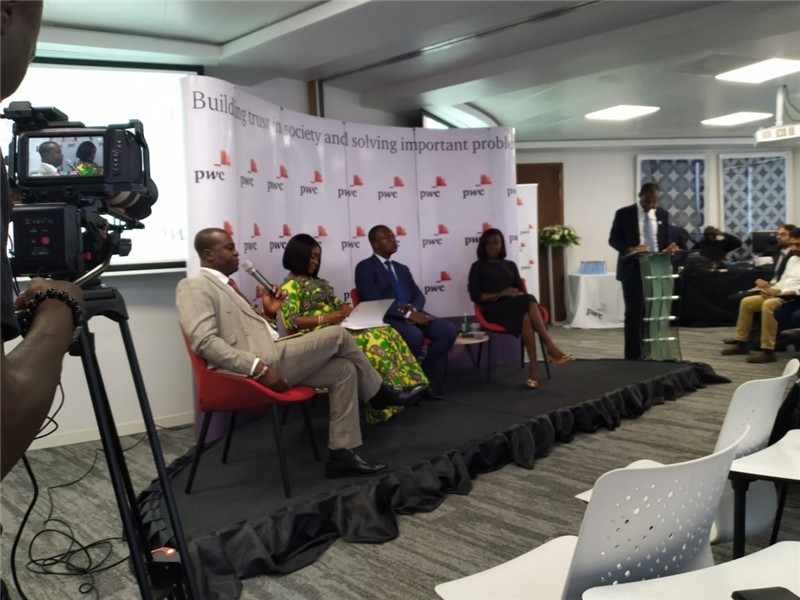 Accounting and advisory firm, PricewaterhouseCoopers (PwC), has urged the government to reform the Value Added Tax (VAT) system to help bring it in line with international best practice.

The firm said the introduction of the COVID-19 recovery, health and education fund levies on the VAT system, which could not be retrieved by businesses, had distorted the tax structure.

It said the development had increased the tax burden of businesses and was fuelling their aggressive tax avoidance and non-compliance, leading to the loss of revenue by the state

A Tax Partner at PwC, Abeku Gyan-Quansah, who was speaking at the company’s post-budget forum in Accra yesterday, called on the government to scrap the levies to help ease the tax burden of firms and make the country’s VAT system compliant in line with global best practices.

“Our VAT system is becoming a laughing stock; it does not comply with any rules on VAT anywhere,” Mr Gyan-Quansah added, as part of the firm’s presentation on tax proposals in the 2023 budget.

“We are, therefore, saying that if the government wants to bring in the proposed 2.5 per cent on VAT, it can do so, but it must let the VAT system work.

“It should allow businesses to make a claim on the levies because the levy denial is causing a lot of harm to them,” he said.

The PwC post-budget forum is an annual event that affords the firm the opportunity to comment on policies and programmes proposed in a budget.

This year’s programme followed the presentation of the 2023 Budget and Economic Policy Statement last week during which the Finance Ministry proposed the increment of the VAT by 2.5 per cent.

It featured a panel discussion by a Deputy Minister of Finance, Abena Osei Asare; Professor Charles Ackah of the Institute of Statistical, Social and Economic Research (ISSER) of the University of Ghana; Charles Atuahene of the Association of Ghana Industries (AGI) and Gifty Andzie of PwC Ghana.

Expressing further concerns on the proposed increment in the VAT standard rate, Mr Gyan-Quansah said some businesses had closed down because of the burden that the levies on VAT were exacting on their operations.

“So, what we are saying is that bring in your 2.5 per cent increment but allow the levies to be claimed.

“In other words, consolidate them right back into VAT and allow it to work as a proper VAT system.

“With how the Ghana Revenue Authority (GRA) computes its VAT, you will have to first introduce the levies and then add the VAT. Going by that formula, VAT effectively is currently at the standard rate of 19.4 per cent.

“If this proposal of 2.5 per cent increment passes, then cumulatively, the VAT becomes 21.9 per cent. So the government is asking me to pay 21.9 per cent but that is not all; it also denies me, the businessman, of a six per cent claim that I am entitled to,” he added.

The tax consultant, therefore, proposed the scrapping of the COVID-19 recovery levy, saying, “In our view, the one per cent health levy should go off.”

“Also, the other levies for health and education can be taken off,” he said.

Introduced in 1995, the VAT system was tweaked in 2018 when the then National Health Insurance Levy and the Ghana Education Trust Fund Levy of 2.5 per cent each were introduced as standalone taxes but charged alongside VAT.

However, while some businesses qualify to claim back what they pay as input VAT, thereby reclaiming that expenditure, the same does not apply for the other two taxes.

Last year, the one per cent COVID-19 Recovery Levy was added to be collected alongside the VAT.

Small companies and some service providers collect the tax as three per cent flat rate without the chance to retrieve it.

The deputy finance minister called on the business community to support the government to navigate the current tide.

Ms Asare, who is also the New Patriotic Party (NPP) Member of Parliament (MP) for the Atiwa East Constituency in the Eastern Region, explained that the 2023 Budget was envisaged to set the foundation for economic recovery to bring relief to the people.

He gave an assurance that investors in treasury bills would not be affected by an ongoing debt restructuring exercise as part of efforts to minimise the impact on their financial vulnerability.