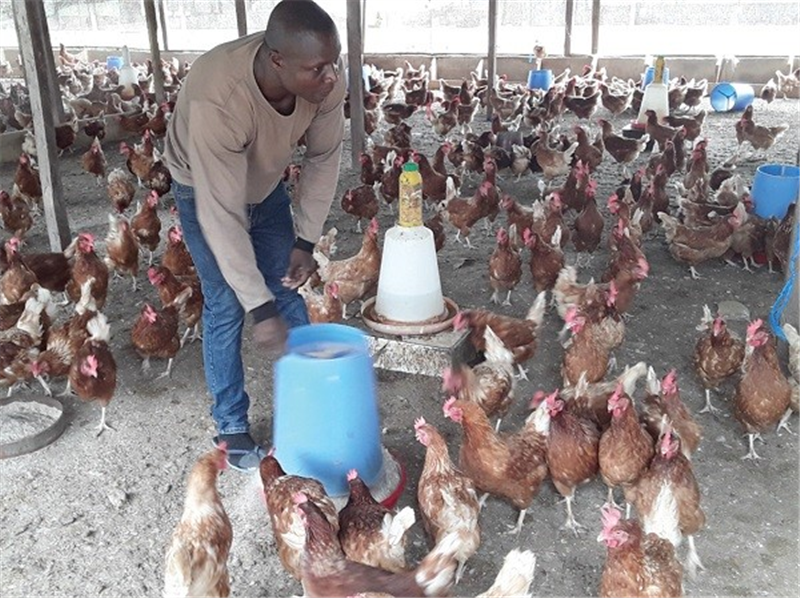 The increasing importation of cheap frozen chicken for the local market, coupled with the lack of adequate support to the industry in the country, has led to about 80 per cent of poultry farmers’ businesses folding up, with the rest struggling to cope.

According to an EU data on chicken exports, Ghana has been the leading importer of chicken in Africa for the past five years, with 227,903 tonnes imported in 2021.

In line with that, the Ghana National Association of Poultry Farmers (GNAPF) has made a passionate appeal to the government and other stakeholders to intervene to save the sector from total collapse.

The Chairman of the association, Victor Oppong Adjei, who made the appeal, said apart from the high cost of inputs, unfair competition from importers of chicken had deprived the country of over one million jobs along the value chain.

Making reference to data from the EU, he said the country imported 683,709 tonnes of frozen chicken in 2021 from Brazil, the US and the EU, translating into 570 million birds.

"If we take it that one bird even sells at a dollar, it means about $600m was used to import chicken in 2021," Mr Adjei said, adding that the situation was "frustrating and distressing".

"Some of our poultry farmers have even lost their lives because of what we are going through.

“We, therefore, want to use this platform to passionately appeal to the government, the Council of State, the Ghana International Trade Commission (GITC) and other key stakeholders to act urgently to save this industry," he stressed.

Mr Adjei was speaking at a maiden national conference of the GITC in Accra yesterday, on the theme: “GITC; Enhancing the competitiveness of the domestic industry”.

Participants were sensitised to the work of the commission in ensuring fair competition for local industries.

It was also meant to create awareness of the mandate of the commission.

Mr Adjei further said that the poultry industry, which recorded an annual growth of 20 per cent as of 1970, had declined drastically to the point that the country could barely produce one per cent of the total imports of chicken.

He said the unfair competition persisted because poultry farmers were not getting the needed support from the government unlike other countries where exporters were enjoying subsidies from their governments.

The Executive Secretary of GITC, Frank Agyekum, said that in the wake of the implementation of the African Continental Free Trade Agreement (AfCFTA), the commission would live up to its mandate of ensuring that local industries benefited from the agreement.

He, however, urged trade associations to build the capacity of their members to enable them to take advantage of various initiatives being established by the government.

"The name of the game is evidence, so local companies must be able to give relevant data that will enable the GITC to act within its mandate," Mr Agyekum added.

The Deputy Minister of Trade and Industry, Herbert Krapa, called on stakeholders in the manufacturing sector to collaborate with the commission to facilitate their businesses.

He said the government was committed to supporting the commission to deliver on its mandate.

For his part, the President of the Association of Ghana Industries (AGI), Dr Humphrey Ayim-Darke, pledged support to the commission to deliver.

According to him, when industries thrived in a conducive business environment, more jobs were created for the youth.