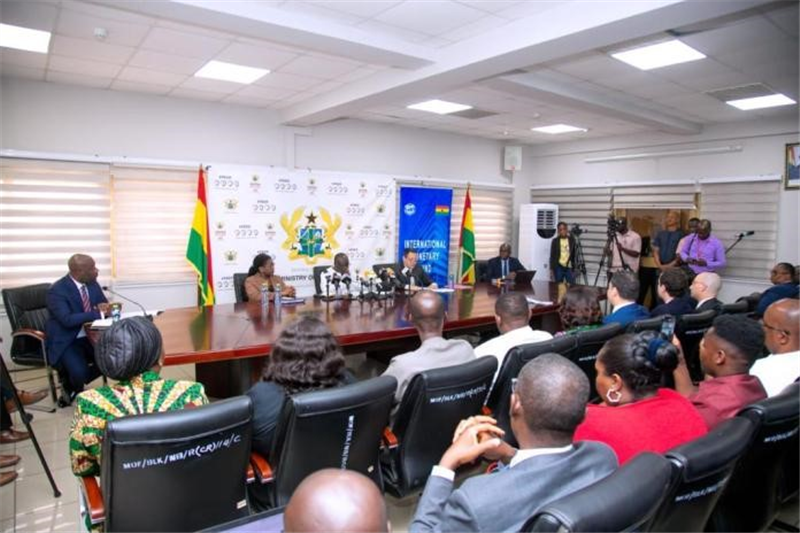 A staff-level agreement (SLA) has been reached between government and the International Monetary Fund (IMF) about economic policies and reforms that will be backed by a new three-year Extended Credit Facility (ECF) arrangement, worth around US$3billion or SDR 2.242billion.

Although the SLA won’t become legally enforceable until it has gained Management and Executive Board approval, it is a significant sign of both parties’ commitment to implementing the suggested economic programme to alleviate the nation’s economic problems.

The IMF team led by Stéphane Roudet, Mission Chief for Ghana, in a statement indicated that this initial agreement on the economic programme will restore macroeconomic stability and debt sustainability, while laying the foundation for stronger and more inclusive growth.

Receipt of the necessary financing assurances from Ghana’s partners and creditors remains essential to the IMF Management and Executive Board approval, following this staff-level agreement.

The Mission Chief said: “The Ghanaian authorities have committed to a wide-ranging economic reform programme, which builds on government’s post-COVID-19 Programme for Economic Growth (PC-PEG) and tackles the deep challenges facing the country.

“Key reforms aim to ensure sustainability of public finances while protecting the vulnerable. The fiscal strategy relies on frontloaded measures to increase domestic resource mobilisation and streamline expenditure. In addition, the authorities have committed to strengthening social safety nets, including reinforcing the existing targetted cash-transfer programme for vulnerable households and improving the coverage and efficiency of social spending.”

Per the 2023 budget, government intends to implement long-term revenue initiatives with an expected total yield of 1.35 percent of GDP in order to support the fiscal consolidation process. Primary initiatives include raising the Value Added Tax (VAT) rate from 12.5 percent to 15 percent by 2.5 percentage points and reviewing the VAT threshold in light of significant adjustments made to VAT exemptions.

In addition, the income tax system will be revised to review the upper limits for vehicle benefits, add a new income tax bracket of 35 percent, implement a return and withholding tax rate for gains on the realisation of assets and liabilities, and review the optional rate for individuals for realisations. The benchmark discount policy will be phased-out in 2023.

“To support the objective of restoring public debt sustainability, the authorities have announced a comprehensive debt restructuring. Sufficient assurances and progress on this front will be needed before the proposed Fund-supported programme can be presented to the IMF Executive Board for approval,” Mr. Roudet said.

To restore the country’s capacity to service its debt, government launched a voluntary domestic debt exchange programme of approximately GH¢137billion of domestic notes and bonds of the Republic – including E.S.L.A. and Daakye bonds – for a package of new bonds to be issued by the Republic.

Currently, the Debt Sustainability Analysis (DSA) demonstrates that Ghana’s debt servicing absorbs more than half of total government revenues and almost 70 percent of tax revenues. Additionally, the total public debt stock, including that of State-Owned Enterprises among others, exceeds 100 percent of gross domestic product (GDP).

This, when completed, will afford government some fiscal space to operate as it envisages reducing, particularly, the domestic interest cost in 2023 – which is estimated at GH¢31.29billion out of the total GH¢52.55billion.

Finance Minister Ken Ofori-Atta remained optimistic that the 2023 budget adjustment strikes the right balance between determination and pragmatism, which should restore macroeconomic stability and promote robust and inclusive growth.

“Already, the economy is responding positively to the news of GoG and the IMF reaching an SLA; and we are eager to leverage this momentum to the very moment when the IMF Executive Board approves the Programme request. We are already seeing significant improvements in the exchange rate, with the Ghana cedi recovering against major currencies.